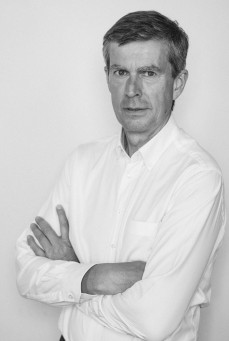 Pierre-Olivier is Chairman of the Board of Directors.

Pierre-Olivier Beckers-Vieujant served as President and Chief Executive Officer of Delhaize Group from January 1, 1999 till November 7, 2013. In January 2000, he was named Manager of the Year by the leading Belgian business magazine Trends/Tendances. In 2009, he was named Belgium's BEL20 CEO of the year by the Belgian newspapers Le Soir and De Standaard. Until June 2010, he was co-Chairman of the Consumer Goods Forum, a global association of leading consumer goods retailers and manufacturers. Pierre-Olivier Beckers-Vieujant served on the Board of Directors of the Consumer Goods Forum. He was also on the Board of Directors of the Food Marketing Institute and is Vice-Chairman of the Executive Committee of FEB/VBO, the Belgian Employers Federation. He is a member of Guberna and, until 2010, the Belgian Commission on Corporate Governance. He is President of the BOIC (Belgian Olympic Interfederal Committee) since December 2004 and was reelected in 2013. He was also elected to the International Olympic Committee in July 2012. He earned a Master's degree in applied economics at IAG, Louvain-la-Neuve and an MBA from Harvard Business School.